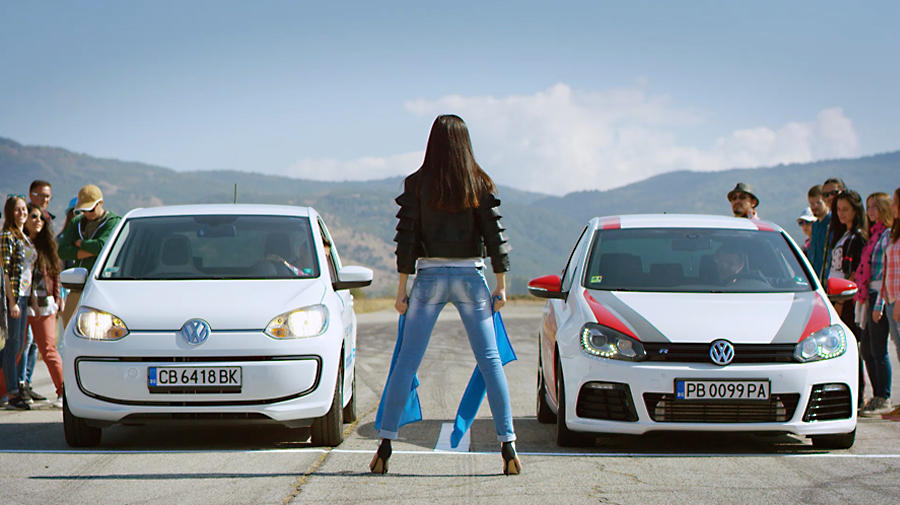 Electric cars are making their first steps in Bulgaria and there is plenty of prejudice against them. In order to communicate the message that electric cars are the future and are no worse than regular ones, but quite the opposite, we created the Volkswagen e-Xperiments series.

Volkswagen e-Xperiments consists of two consecutive episodes showcasing the benefits of driving an electric Volkswagen car. We recruited two of Bulgaria’s most beloved comedy and action actors – Alexander-Sano and Marian Valev-Maro to help us deliver the message. We brought them to a remote track and asked them to race with one driving a regular Volkswagen automobile and the other – an electric one. The guys showcased the benefits of the electric car in an engaging and easygoing way while showing the irony in existing prejudice.

In order to create a movie-like experience for users we teased the videos by cinematic trailers. Both teasers and episodes were distributed in online media and on Social Media.