Against the violence in the schools 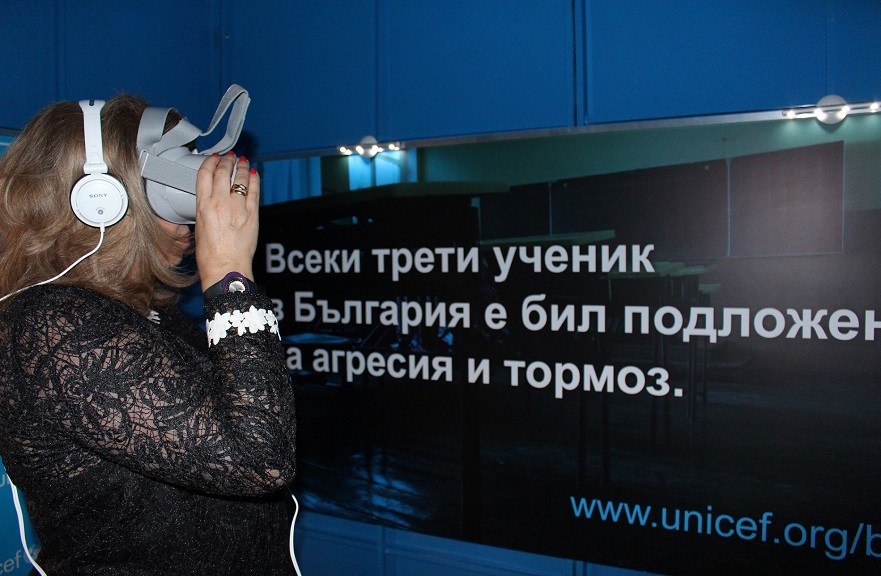 12 Dec Against the violence in the schools

Havas and UNICEF partnered in the creation and implementation of the communication campaign “Together against the violence in school”.  The team of Havas created and implemented the creative and strategic concept in order to popularize the campaign and its goals. We aimed to create an attitude of change by raising awareness and consciousness about the existence and prevalence of violence in schools. Additionally, we had to present UNICEF’s official national program.

We created an interactive outdoor installation “Experience the scariest 10 minutes”. We created a big blue cube which was placed in the National palace of culture and in the following months it was touring different shopping centers in Sofia.

We wanted the visitors to experience a few minutes in the shoes of a child that’s being bullied in school.

The official opening of this specially designed by Havas VR installation and the premier of a 360-degree movie was the biggest event of the campaign.

The installation was officially opened by the Vice president of Bulgaria Iliana Iotova and representatives of UNICEF presented the movie to the media and special guests. The musicians Rafi and Iskrata were the ambassadors of the campaign and shared their experience with school violence during the opening ceremony.

Following the official opening of the installation was visited by hundreds of people who learned about it through either traditional, digital or social media, part of the communication strategy of Havas.