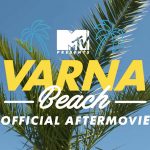 Background: MTV Presents VARNA BEACH is an outdoor live music spectacular which took place for the first time on July 15th at Varna City Beach. The event was а major international production of MTV in Bulgaria and featured a strong line-up of international artists – BEBE REXHA, STEVE AOKI, TINIE TEMPAH, R3WIRE & VARSKI, GORGON CITY, JONAS BLUE, as well as Bulgarian – Pavell & Venci Venc’, Kristian Kostov, DARA and Poli Genova. The stage was over 80 meters long and is the largest one ever built in Bulgaria.

Challenge: Havas PR was chosen to be part of the team organizing this enormous music event, the first of its kind in Bulgaria! The main challenge was to promote a festival from this scale which is going to take place for the very first time in Bulgaria.

Approach: We coordinated all communication activities, including media partnerships, advertising campaign and public affairs. Thanks to Havas good connections with media, we succeeded in creating a buzz and provoking the public interest.